October 8, 2018: Current and retired RTI staff and Board of Governors members, representatives from North Carolina universities and many more gathered last week in Horizon Building to celebrate the institute's past, present and future global impact at the institute's 60th anniversary launch celebration.

In the event's opening segment, RTI president Wayne Holden asked attendees and staff viewing online from RTI offices in Ann Arbor, Atlanta, Barcelona, Chicago, Fort Collins, Manchester (U.K.), Waltham and Washington D.C. how many people have worked at RTI during its 60-year history. "In excess of 30,000," he answered.

Holden then reflected on language from RTI's original charter – "improving the human condition" – which remains the institute's mission today.

"It's awesome to think that it started with 185 acres full of pine trees, no buildings, and a $500,000 grant 60 years ago," Holden said. "Today we have 5,000 staff, a very vibrant campus in RTP, 12 other offices in North America and another dozen outside the United States. Our growth is a tribute to those 30,000 people pulling together." The celebration allowed the RTI community to formally recognize the addition of Horizon Building, which opened in March 2018, to RTI's global headquarters in RTP. The occasion was marked by the dedication of the William M. Moore Jr. Collaboration Center – formerly the Horizon Building multipurpose room – to RTI's third Board of Governors chair and 17-year Board member.

"Bill helped us chart a course that's led to significant growth in last 17 years," Holden said. "We have quadrupled in size and our impact has grown substantially." In addition to the growth of RTI since 2001, Bill's tenure can be evaluated by the mentorship and leadership he has displayed.

"Bill did a lot of work recruiting extraordinary talent to the board," Holden said. "He's enthusiastic about finding individuals who might match with RTI. This is rooted in his love for mentoring people.... You can't help but be inspired by Bill's legacy and leadership."

Holden was followed by current RTI Board of Governors chair Peter Scott, who introduced Moore. Then Holden and Scott unveiled a portrait of Moore that will hang in Horizon Building's new collaboration center.

After the dedication of the collaboration center, Chief Human Resources Officer Lisa May discussed the year of celebration ahead.

"The focus will be on telling the stories of our staff and the impact of our work on lives across the globe," May said. "We have international offices, domestic offices, project offices, field staff and also a very large, active and contributing teledomestic staff. All of this adds up to an incredibly diverse workforce that has different sets of expertise, areas of passion and interest that drew them to RTI and has kept them at RTI, and because of these differences we are a stronger organization."

During the year, RTI staff may participate in various internal and external events and submit photos, videos and personal stories about the impact of their work for the 60th anniversary website, which was designed by a team from RTI's Research Computing Division in collaboration with the 60th anniversary planning committee. The website includes a globe tracker that will follow the journey of a specially designed globe as it travels to RTI offices around the world.

Holden closed this portion of the event by mentioning several high-profile achievements from RTI's history – its first international project in the early 1960s, the isolation of Taxol, the development of the SUDAAN statistical software and more – but he pointed out that all staff contribute to RTI's successes.

"People who work in the labs every day, people who are in the field collecting data, people who take care of this facility, people who provide security," he said. "We should all take time during our 60th year to think about those individuals and how they've helped to get us to where we are today.... Throughout this year, we need to reach out to each other to celebrate our success and our work together and to orient toward the future inclusively – everybody across the institute together."

Thomas Friedman, New York Times columnist, author and three-time Pulitzer Prize winner, gave the keynote address during hour two of the event. His talk, "The Big Trends Shaping the World Today: Economics, Technology, and Geopolitics," came from his most recent book, Thank You for Being Late: An Optimist's Guide to Thriving in the Age of Accelerations (Farrar, Strauss and Giroux, 2016).

Friedman sees a world in which multiple accelerators – climate change, technology and globalization – are creating changes that are fundamentally reshaping RTI's world in five realms: the workplace, politics, geopolitics, ethics and community. He argued that 2007 marked the greatest technological inflection point since the invention of the printing press and that technology is advancing much faster than humans can adapt to it.

"The creation of the cloud was no cloud – it's a supernova," Friedman said. "The largest force in the natural world. The explosion of a star. 2007 was an explosion, a release of energy into the hands of men, women and machines the likes of which we have never seen before."

Friedman argued that we must learn faster and govern smarter, and he pointed out that RTI's work to try to stabilize the world of disorder could not be more important today. "We are entering a world where one person will be able to kill all of us because of these accelerated powers and interdependence and at the same time where all of us could actually fix everything," Friedman said. "We've never been in such a world before."

Friedman advocated for a value system of community and inclusivity – and the old-fashioned values that drove St. Louis Park, the section of Minneapolis where he grew up, in the 1950s and 1960s.

"The work of inclusion is not easy," he said. "If you want to be an optimist about America today, stand on your head – the country looks so much better from bottom up than top down. What I see when traveling America is a lot of communities where people are coming together to build complex, adaptive coalitions to create resilience and propulsion in an age of climate change."

Friedman considers the accelerators he describes to be as strong as a hurricane, and while some leaders around the world are trying to build a wall against it, he's trying to build "an eye that moves with the storm, draws energy from it, but creates a platform of dynamic stability, like riding a bike, where people can feel connected, protected and respected." 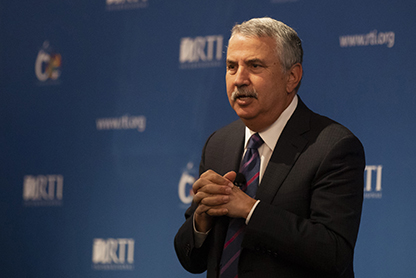 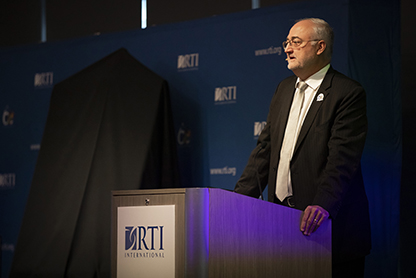 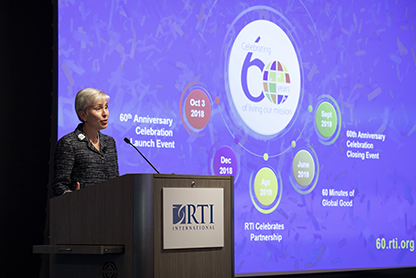 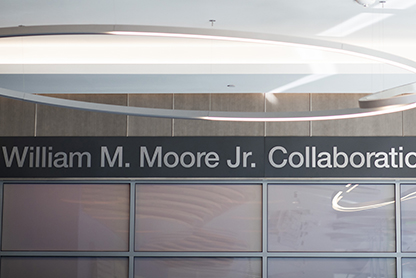 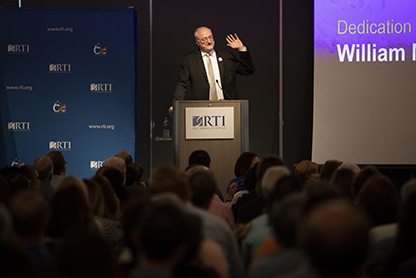 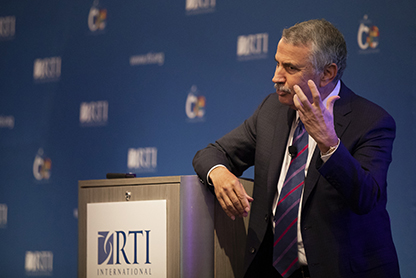 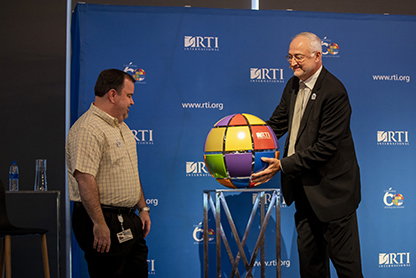 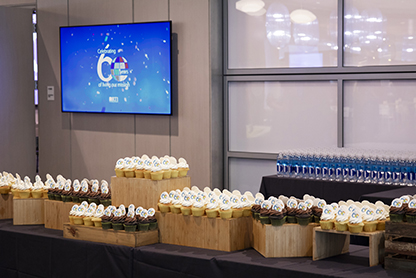