Like RTI, the Research Triangle Foundation is also marking its 60th anniversary this year. In April, RTI joined the Research Triangle Foundation at their RTP180 Series to spotlight this shared milestone. Tim Gabel (RTI) and Kristie Van Auken (RTF) opened the event by co-hosting a fun game of RTP trivia inspired by the RTI Triviathon. A mix of RTI staff, former and current, were among the attendees who enjoyed the evening's program and received a commemorative cup as a take-home gift.

The month's event focused on Art. A dancer from Elevate inspired the crowd by creating art on a canvas through body movement. Then four local art experts took the stage to share their experience and perspective with a 5-minute talk. 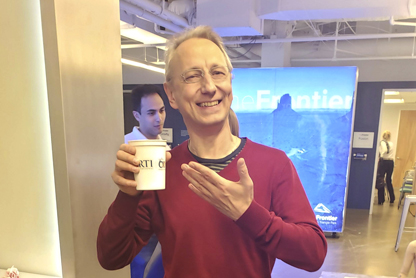 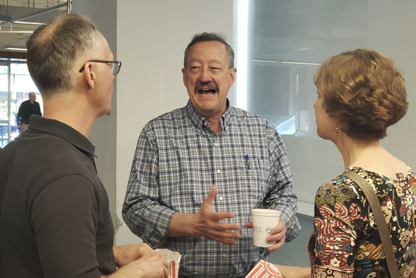 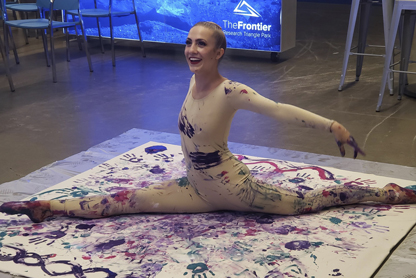 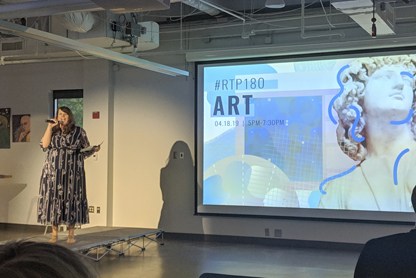 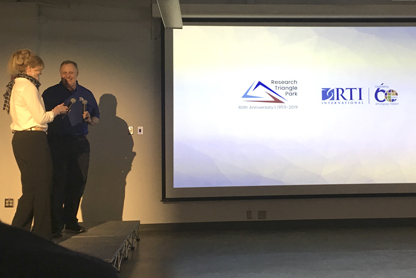 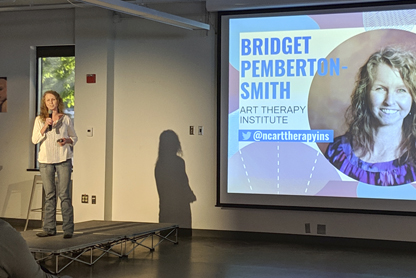 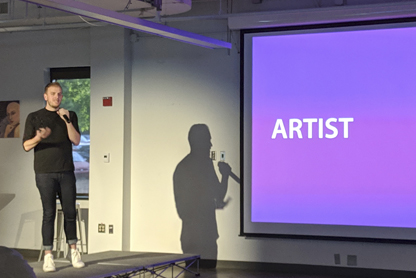 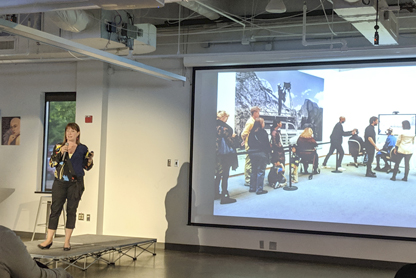 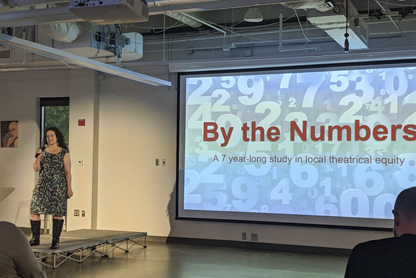