After decades supporting pharmaceutical, medical device, and biotechnology companies around the world, in 2000 RTI created a separate business unit, RTI Health Solutions. Specializing in psychometric, epidemiologic, and health-outcome research, among other initiatives, the new unit was an immediate success, attracting GlaxoSmithKline, Pfizer, Bristol-Myers Squibb, Novartis, and AstraZeneca as clients in its first year of operation.

Josephine Mauskopf was in England at the time RTI Health Solutions was formed, having just opened an RTI office in Manchester. When she returned, she was named the unit's first executive director. Its original staff of 26 people was assembled from different parts of the Institute, and the new Manchester office became RTI Health Solutions' European headquarters.

In 2004, RTI Health Solutions was contracted to study the drug Tysabri, which the Food and Drug Administration (FDA) had approved to treat multiple sclerosis. Although Tysabri demonstrated no serious side effects during clinical trials, once on the market, it was associated with rare incidences of a brain infection that caused death or severe disability. The drug's joint manufacturers quickly withdrew it; however, many patients had reported no side effects, and wanted Tysabri back on the market to alleviate their symptoms.

"We were retained to determine if people with multiple sclerosis would be willing to absorb the risk of an adverse event of 1 in 100,000 to make the disease more manageable," says Allen Mangel, executive vice president of RTI Health Solutions. The report found that patients were willing to accept 10-year mortality risks of 3 to 4 percent, compared to actual risks of 0.7 percent for typical symptom improvement. The FDA allowed RTI Health Solutions' findings to be submitted to its advisory committee investigating re-approval—the first-time quantitative evidence on patient risk-benefit preferences had been considered by an FDA advisory panel. In June 2006, Tysabri was reintroduced, complete with a detailed risk-management program.

In the 2000s, RTI Health Solutions also worked with pharmaceutical companies on various AIDS-related issues. For example, the unit developed a product value assessment dossier that summarized the existing evidence demonstrating the value of a new drug for managing HIV and AIDS. For another client, RTI Health Solutions developed a model that estimates the long-term cost-effectiveness of different HIV drugs and treatments. Today, many clients rely on this unit's expertise and study results to guide the clinical development of drugs, as well as regulatory strategies and post-FDA-approval marketing. 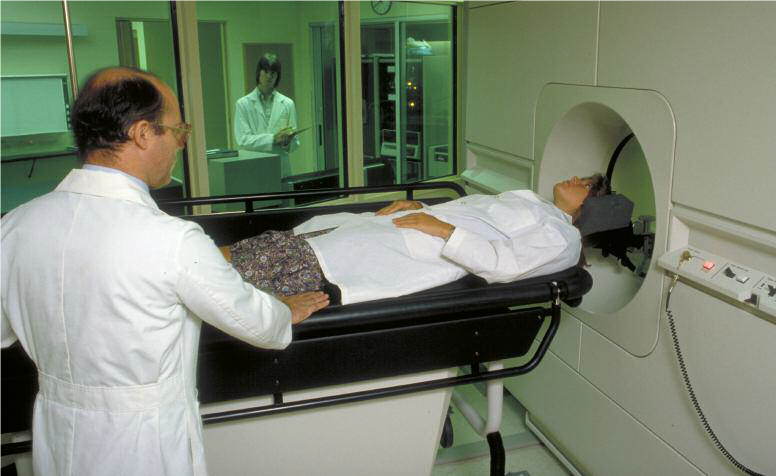 RTI Health Solutions was spun off by the Institute in 2000, and found immediate success. (image from 50th anniversary book)