May 14, 2019: Nearly 300 attendees gathered in the William M. Moore Jr. Collaboration Center at RTI International's global headquarters in Research Triangle Park (RTP) for "Partnerships: The Only Way for Progress in Global Health," a lecture by the Bill & Melinda Gates Foundation's Sindura Ganapathi.

The lecture was held as part of RTI's year-long celebration of its 60th anniversary as a leading nonprofit research institute. This spring, one key component of the celebration has been the role and importance of partnership as the institute seeks solutions to the world's most complex problems.

"We can't do the kind of work that we do without partnership," said RTI President and CEO Wayne Holden as he introduced Ganapathi. "We've partnered with a lot of likeminded organizations over the last 60 years, and it's helped us ... make significant progress in our efforts to address global problems."

Holden discussed RTI's longstanding relationship with the Gates Foundation, noting that collaboration and partnership with the foundation centers around problem solving and approaches to huge challenges, including in maternal and child health, one of many areas of overlap between RTI and Gates.

"It's been a significant area of work for us – data coordinating centers, program evaluation, survey design and implementation, systematic evidence reviews, obstetric and pediatric healthcare services that we’ve investigated, pharmacoepidemiologic studies and many more," Holden said. "There's a lot more work to do in global maternal and child health. We're excited to take on those challenges, and we'll continue to work with partners like the Gates Foundation."

For Ganapathi, deputy director of the Global Health Division's Maternal, Neonatal and Child Health Discovery and Tools team at the foundation, the trip to RTI was a homecoming. Before joining the foundation, he worked at the National Institute of Environmental Health Sciences in Research Triangle Park.

"Coming back to North Carolina is always fun because it is a place that comes closest to the home where I grew up," said Ganapathi, who is from a rural household near the coast of south India.

"It's humbling to be asked to reflect on partnership in front of an institute that has been quite successful at it and has had a much longer history than the Gates Foundation," he continued.

During the talk, Ganapathi shared his journey in public health, from his childhood in a village of six households, in a family that lived on a dollar-a-day income, to his role today with the foundation. He described himself – and many of his colleagues in global public health – as misfits.

Ganapathi gave a history of the Gates Foundation from 1994 to today, highlighting the foundation's expansion into new areas of work and new approaches to solving challenges. He discussed the foundation's efforts and ambitions in neonatal and child health, pointing out that in Africa, 1.5 to 2.5 million stillbirths occur every year.

"Everything in global public health is hard to do; otherwise we would have done it," he explained. "The talent is there to fix these problems. But how do you go about solving this problem? Because now it's getting much more complex. It's not as simple as having a vaccine that works."

"Every time I have tried to go far and fast, I've ended up having to retrace my steps, and it ends up taking even longer than originally thought," he said. "That's because the more complex the problem, the more partnerships you need."

Ganapathi gave an example of how the winners of the Defense Advanced Research Projects Agency's Red Balloon Challenge – created in 2009 to commemorate the 40th anniversary of the internet – won quickly because they formed a community and a structure of shared incentives to solve the problem.

"When we think about successful partnerships, they have two things: the problem needs to be big and something we can identify ourselves with and find meaning and mission in, and incentive circles must be created."

Effective partnerships are created, he said, when motivational structures, incentives and aspirations overlap – and the overlap must be meaningful enough to everyone involved.

"The best ultrasound, by itself, won't change a thing," Ganapathi said. "Things have to go in bundles, which means you cannot just throw everything out because there are cost structures. You need to see how the technology interfaces with the healthcare. How do we try and learn across all of this and not peel onions layer by layer but take a cross section of it at once?"

Ganapathi closed by showing a picture of an overcrowded hospital in Uganda.

"We have a chance to bring solutions to these types of places and see rapid progress," he said. "This is the best time to be alive for global health because technological evolutions are happening much more rapidly, and there is one every day that opens up new possibilities." 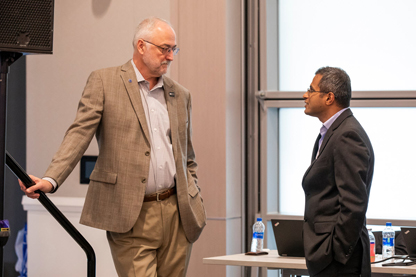 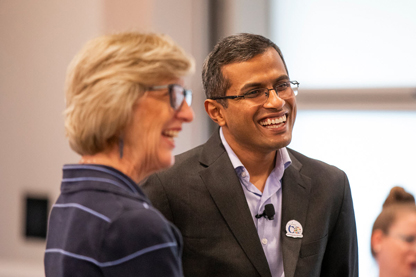 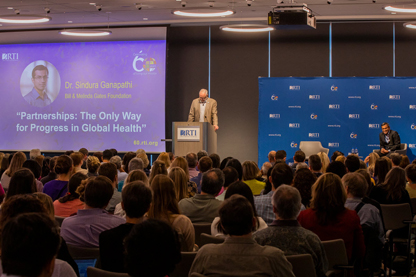 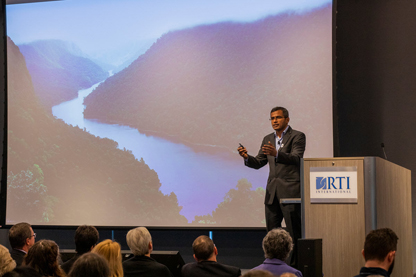 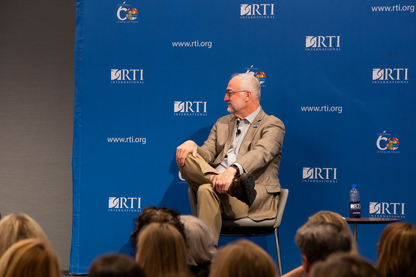 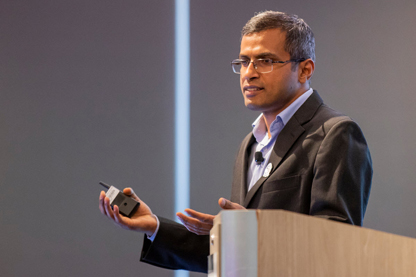 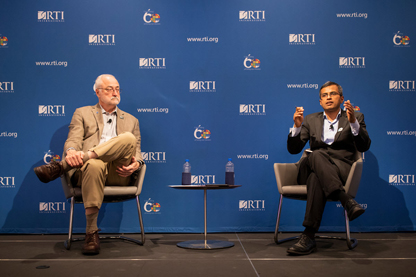 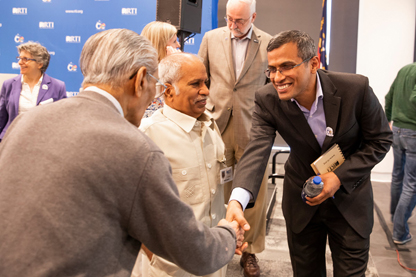